How do I know if my partner is lying and why are they doing it?

Home How do I know if my partner is lying and why are they doing it?

Even partners in healthy relationships tell lies every now and then – the “white lie” type that is there in order to avoid conflict. Lies by omission, and even outright lies, are sometimes used in relationships because the partner knows that the truth will lead to an argument. While this is a perfectly normal occurrence in most relationships, at least at some point or another, there can be cause for concern if this type of behaviour becomes excessive. Whether a lie is intended as “white and innocent” or not, something is amiss when one partner decides not to tell the truth. Most people lie for one of three reasons; to hide something from you, to hurt you in some way or to exaggerate themselves. The last reason is the most benign and happens the most often in healthy relationships of any kind. The first two reasons, however, are a little more disconcerting.

Although there are indicators that show when someone is lying, this is not a fool proof method to ascertain whether your partner is lying to you. Some indicators include averting eye contact or closing the eyes for a little longer than normal while telling the lie, covering their mouth while talking, and an itchy nose. Averting eye contact or closing their eyes is simply because they are aware they are lying and don’t want to be seen doing so – if I don’t see you then you can’t see me is the primal response and, on a subconscious level, the person does not want to be “seen” lest they are caught out. In the same way, covering the mouth while speaking is often a subconscious response to saying something that is untrue – the person wishes to “cover up” what they are saying. When someone is lying specific tissues in the nose engorge and result in an itchy nose or sneezing, which can also be an indicator that the person is lying. The way in which someone defends themselves can also indicate that an untruth is being spoken. Being overly defensive and becoming aggressive when not believed can also indicate a lie. Again, these indicators are not always 100% accurate and cannot always be used as a guaranteed method to identify whether your partner is lying or not.

Essentially, if you are in a position to suspect that there are lies happening and you are unable to talk about this issue freely, respectfully and honestly with your partner then this is a clear sign that there is trouble in the relationship. A psychologist that has experience working with couples and strengthening relationships is a good investment to get you back on track. In many cases, where there is smoke there is fire and feeling suspicious may not necessarily mean that your suspicions are correct, but that the trust in your relationship is shaken and insecurity is brewing. Addressing this issue as soon as possible will be of the highest benefit to you both. 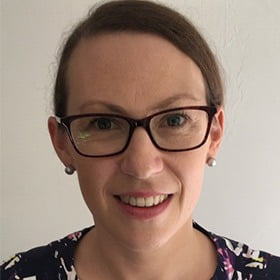 Call Now Button
COVID-19 UPDATE: Centre for Human Potential has taken new measures to ensure the safety of our customers and employees. We have implemented several enhanced cleaning and social distancing protocols for those client who are well and attend an in-office session. This includes increasing the frequency of cleaning and on-going sanitizing throughout the day focusing on high use area such as reception common use furniture phones desks and counter spaces. If you would prefer to access service from home, we can offer your appointment by using phone or teleconference tools. (Medicare rebates are available if you are eligible) If you are concerned about Covid-19 you can get regular updates and resources visit the Department of Health website, the Queensland Health website or the World Health Organization website.